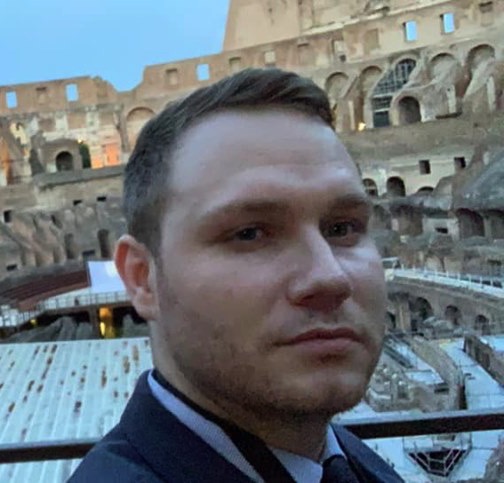 Kjetil is moving out of Norway to start medical school in 2021. Therefore, the physical clinic, for now, be terminated by the end of 2020 / early 2021. Online consultations will continue to be available.

His initial professional background is in electromechanics, where he was priorly working with regulating systems, PLC programming, automatization, wiring, robotics, and more. His interest in musculoskeletal medicine were rendered from his own nagging, refractory injuries that no one, seemingly, were able to help him with. This sparked a self-educative journey, first into the musculoskeletal field around 2012, and later, into the neurological and radiological fields of expertise, in 2016. He was eventually able to fully resolve his own injuries, and while having fun doing so, he contemplated a potential professional future within the field.

In 2014, Kjetil decided to quit his job after working with injury and training on a hobby-basis for a couple of years. He first needed a license to, at the very least, touch and train his clients, and thus a personal training license was acquired in June 2014. He wanted to open a training center with special focus on biomechanics, injury prevention and rehabilitation. This was indeed done, and the business was named “Trening & Rehab”, in November 2014. As time passed, the affliction-severity of the clients who visited the clinic gradually increased, and Kjetil was forced to look for solutions in problems that were, initially, deemed idiopathic. Further educative endeavors were made within the neurological fields, and combined with some obstinancy, this resulted in the creation of rehabilitative protocols for numerous intractable conditions, such as cervical whiplash, thoracic outlet syndrome and lumbosacral plexus entrapment syndrome that yielded favorable and reproducible clinical results.

As one thing led to another, and in 2017, Kjetil decided to learn musculoskeletal and vascular ultrasonography, mainly to help him to perform real-time exclusion of sinister pathologies, to avoid misdiagnosis and mistreatment. Several books and courses were read and done in order to improve his skillset. After a about six months of practicing ultrasonography, Kjetil noticed that the interpretation of ultrasonographic images were not that different from magnetic resonance imaging. Once again, books were bought and further practice was initiated, step by step.

The introduction to imaging turned out to have a very positive effect on Kjetil’s business and reputation, as he was now able to prove his theories and statements to others with something greater than mere anecdotal reports. In January 2018 he published his first medical research paper, this time on low back pain. Kjetil’s research endeavors have currently earned him several thousand followers on social media, where amongst others, approximately 2000 of them are medical doctors. Subsequently, eight additional research papers have been written, several of them co-authored with specialized international physicians.

As Kjetil’s followers increased in number, requests for teaching also occurred. This resulted in the creation of his “Objective Biomechanics” (OB) seminar series, which aimed to teach logical and evidence-based diagnostic and therapeutic approaches to numerous physical and neurological conditions. Kjetil is currently teaching OB internationally.

In the late 2019, approximately 90% of patients admitted to Kjetil’s clinic suffered from chronic pain. At this point, the old business name was no longer compatible with his actual work setting. Because of this, the transition to “MSK Neurology” was initiated. His plan for the future is to develop an international pain center, probably in Spain, within the next five years.

Kjetil also has a degree in electromechanics.